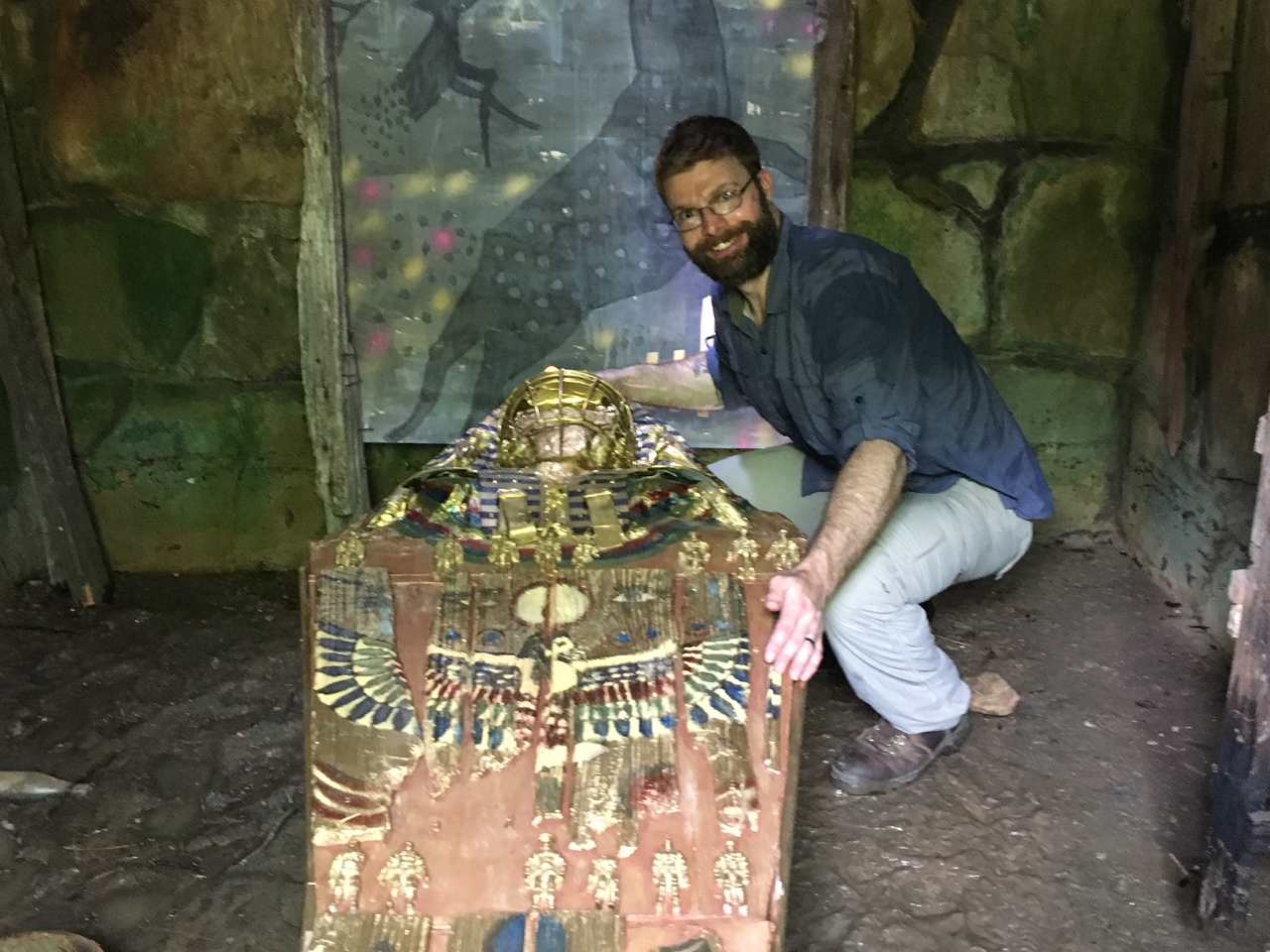 Discovery of the Lost Tomb
Joshua and Savannah Goode follow an ancient map to discover the Lost Tomb of a Rhoman King in North Texas. Joshua is immediately convinced yet Savannah remains skeptical... This marks Joshua's first video collaboration with Savannah.
Discovery of Ancient Pyramids in Belgium
In the summer of 2014 the arts organization BUDA contacted the Aurora-Rhoman Institute of Archaeology and Cultural Relics after finding unexplained artifacts during the construction of a new museum in the city of Kortrijk, Belgium.

The Aurora-Rhoman Institute of Archaeology and Cultural Relics sent out a special team led by Joshua Goode to conduct an initial excavation to investigate the cultural significance of this site.

Due to the construction schedule of the museum and the desire to avoid any obstacles that could stall it's completion the team had only five days to discover evidence of a past ancient civilization at the site. If nothing was found within the 5 days the site would be permanently covered and all hope of finding the truth would be lost to future generations.
Discovery of Ancient Aurora-Rhoman Civilization in Croatia
During a 2014 road construction project in the City Center of Zagreb, Croatia workers uncovered several artifacts which defied logical explanation. City authorities contacted the Aurora-Rhoman Institute of Archaeology and Cultural Relics to research these artifacts and determine their historical significance.

The Aurora-Rhoman Institute sent Joshua Goode to Zagreb to investigate.

This is part of a public project and solo exhibition in Zagreb, Croatia at Galerija Miroslav Kraljevic
Discovery of Ancient Texas Civilization in Germany
On July 10, 2013, Joshua Goode found the first evidence of an ancient Texas civilization in Germany. Trial diggings have begun under the leadership of famed acheaologist Joshua Goode with the support of the Aurora-Rhoman Institute of Archaeology and Cultural Relics. Thus far in a space of 8 square meters, over 200 Aurora-Rhoman artifacts have been discovered. Hilmsen is the first site in Sachsen Anhalt where evidence of the Ancient Aurora-Rhome Civilization have been found. The most impressive discoveries have been the remains of the Mammoth Cowboy and the Unicorn T-Rex. Findings here break the ice in archaeological studies on the Auroralithic Age in Germany and for the first time confirmed the presence of the Texan Aurora-Rhoman Empire in Sachsen Anhalt
Loading...